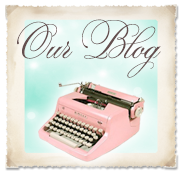 DON’T OVER VACCINATE YOUR DOG!!!

January 20, 2018The Treasured PuppyNo Comments
Also read Blog Post on Why we are against giving the Leptospirosisvaccine.
The best vaccine schedule is for your pup to get the 5 way or “puppy shot” 3 times as a puppy and then a 1 dose of rabies vaccine between 3 to 6 mths of age. Following year give a 5 way booster and then a second rabies, tell your vet you want a 3 yr vaccine schedule for rabies and 5 way booster. So your dog will get vaccines every 3 years from then on. Vaccines actually last for twice this long in your dogs system. The kennel cough vaccine is only needed if your dog is in an environment that has a lot of dogs such as a kennel or if you board your dog often. The bordetella/ kennel cough vaccine has to be given every 6 months and does not work for every strain of the disease much like a human flu shot. If I had a pet and just occasionally had it go to the groomer I would not give it a bordetella vaccine.  If your dog goes to places other dogs frequent on a regular bases you may decide to give this vaccine.  Bordetella is not life threatening in a older pup or adult dog, it is just a cough that can last a few months.
If you are ever worried you can have your vet do a titer blood test on any disease to make sure your dog has enough antibodies before giving unneeded vaccines. Remember to not just take whatever your vet says as gospel but do your research before you even go to the vet office on what vaccines you will be ok with the risk factors on to give your family pet. You can very well give your dog cancer or a life threatening immune response if you over vaccinate or give unnecessary vaccines.

Below is an Article I found at petwelfarealliance.org on dangers of over vaccinating.
Despite years of researching and communicating directly to dog lovers, and years lobbying government, veterinarians, and the pet industry itself, there are still too many vets vaccinating annually worldwide, and still too many dog lovers who are being misled into over-vaccinating their friends.The result is that there are too many dogs suffering from vaccine-induced diseases.  Here is the list of adverse events known to be induced by vaccines (Schultz, 2007):


A real problem, is that vets are not educated about these possible adverse reactions in college.  Many reactions happen days, months or even years after a vaccine is given.  Vets are not told about this, and therefore they are largely unaware of the damage caused by over-vaccination.Governments have put adverse reaction reporting schemes in place, but they are at best misleading.  Firstly, vets are not compelled to file an adverse reaction form.  Secondly, they are not fully aware of the adverse reactions that can happen, and therefore do not connect the dots.  Third, although the science tells us that vaccines can create cancer years after the shot, how is anyone going to know that a dog’s cancer was definitely created by a vaccine?  There are no tests to confirm this in individual cases – there’s only the science to say that it’s possible.  These, and other, adverse reactions slip through the net, giving a falsely safe picture of the vaccine procedure.The first direct action by the Pet Welfare Alliance is to send vets the scientific references so that they can satisfy themselves that vaccines can indeed create a wide range of life-threatening diseases. For example, a paper published last year showed that a number of canine and feline vaccine brands in the UK are contaminated with RD-114, a feline retrovirus.  Retroviruses are associated with the development of autoimmunity, cancer and leukaemia, but it can take around five years for the cancer to show itself.  Five years!  No-one will connect the dots unless they are educated to do so.The British Veterinary Medicines Directorate (the government licensing body) and its European counterparts voted recently to allow RD-114 to stay in pet vaccines, possibly for years.  Removal is technically easy – but it would take years to re-license the clean products, which means years of lost revenue for the vaccine industry.  As usual, government legislators vote in favour of big business to the detriment of our pets.Canine Health Concern and its members wrote repeatedly to the British Veterinary Medicines Directorate  (which licenses veterinary drugs) during 2010 and 2011 and asked that one-year core vaccines be removed from the market, since it isn’t necessary to vaccinate every year, and the existence of one-year shots leaves the door open for unnecessary annual shots.  You can view this correspondence, lengthy report, and the supporting scientific evidence, by clicking here. The VMD stated that: “the most qualified person to assess what the animal needs is the veterinary surgeon, engaged by the owner“. This would be true if veterinarians were educated to understand the many illnesses that can be caused by vaccines.  Unfortunately, they are not.

Unrecognised damageAt one time, it was thought that the vaccine process was a fairly harmless procedure, with only rare and minimal adverse events. Scientists have known about anaphylactic shock for a long time, which is where an individual (whether human or animal) will have a rare but  immediate and severe allergic reaction to the vaccine.  Without adrenaline or similar drug, the individual will die.  Because this reaction is so rare, and because the diseases we vaccinate are so serious, it was decided by the powers that be that vaccines were worth the risk.

It was also known that individual dogs and cats could have a mild and temporary reaction to their shots, involving lethargy, fever and diarrhoea.  More recently, scientists have shown that autoimmune haemolytic anaemia (a severe and life-threatening blood disease) and vaccine site cancer, especially in cats but also in dogs, can be created by vaccines.

However, scientific understanding has moved on considerably in recent years.  The problem is that the science – which is detailed and complex – has not been adequately shared with the veterinary profession and its clients.

The truth is that vaccines can, and do, provoke serious and life-threatening adverse reactions that are not easily connected to the vaccine itself, although scientific research does point towards the trends.  The fact is, there is no test to show whether an individual dog or cat has had a vaccine reaction.  To make a connection, vets must tie the onset of the disease in with a recent vaccine event, and understand the science: they need to know what vaccines have been scientifically shown to do.  The fact is, mostly all of the illnesses experienced by dogs and cats have the potential to be vaccine-related.Unless you know that vaccines can cause arthritis, for example, you may not connect a vaccine with arthritis arising months after an animal is vaccinated.  You may not know that vaccines can trigger leukaemia or cancer months, or even years, down the line.  You might not realise that your dog’s brain damage, involving sudden aggression, epilepsy, and/or fearfulness, can be vaccine-induced.  Few people understand the science to say that skin and digestive problems can also be vaccine-induced, or that diabetes, thyroid disease, organ failure or genetic faults can be caused by vaccines.

Not knowing all this, vets continue to vaccinate annually as if it were a harmless procedure.Importantly, no-one may have told you that you don’t actually need to vaccinate your dog or cat every year.

Although this has been known since the 1970s, the veterinary profession has not taken it on board, and the veterinary pharmaceutical industry still tries to convince pet owners that annual shots are needed.  Most shamefully in the UK, dog and cat owners are still being persuaded to bring their friends in for boosters if they have ‘lapsed’ by 18 months under Intervet’s National Vaccination Month, also called ‘Vaccine Amnesty’.

Although Canine Health Concern has vigorously brought the annual vaccination travesty to the attention of legislators, they will not act.  Why?  Because, worldwide, licensing bodies appear to act as a wing of the pharmaceutical industry.  This doesn’t just apply to the UK – the problem is international.

Canine Health Concern members and supporters – including a good number of veterinarians – wrote to their political representatives in the UK to get one-year core vaccines removed from the market.  Guess what happened?  Our politicians wrote to the Minister (the politician responsible for the VMD), who contacted the VMD (the body we were complaining about) and everyone was sent a reply from the VMD.  It appears that politicians may not over-rule VMD decisions.  So if the VMD acts in favour of industry time after time, there appears to be nothing anyone can do about it.

Previous Post WHY WE RECOMMEND AGAINST THE LEPTOSPIROSIS VACCINE: Next Post SHIPPING AND TRANSFER OF PUPPY INFO: 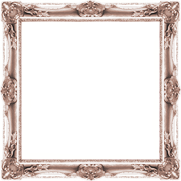